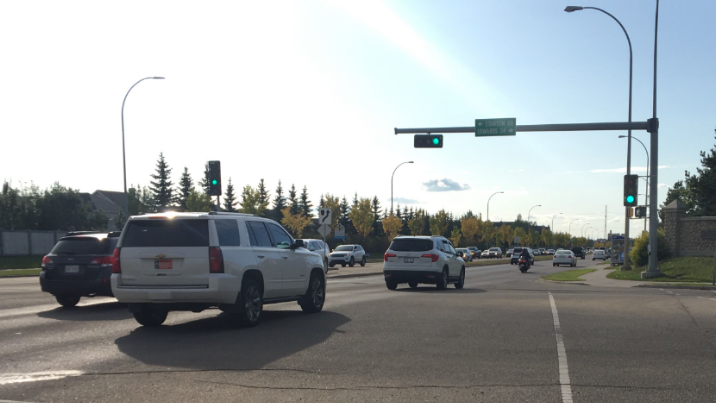 A school bus struck a teen at this intersection Tuesday afternoon, forcing the closure of Ellerslie road for a short time.

A 14-year-old teen girl has been taken to hospital after she was struck in a crosswalk by a school bus just after 4 p.m. at Ellerslie Road and Edwards Drive.

Police say the girl was hit at "low speed" and say she was taken to hospital with minor injuries as a precaution.

It's the second incident involving a school bus on Tuesday alone and third within the last week.

Earlier Tuesday, a school bus collided with an SUV near Whyte Avenue and 109 Street.

Last Thursday, a man was hospitalized after another collision between a school bus and SUV.