Thousands of Edmontonians march on legislature for global climate strike

EDMONTON -- Hundreds of thousands of people took part in global climate strikes across Canada on Friday, including in Edmonton.

It marked the end of a week of international protests and calls for action to address climate change.

There were three marches taking place in Alberta’s capital Friday from the University of Alberta, MacEwan University and Churchill Square.

Hundreds of protesters made their way to the Alberta Legislature for a rally that began at 1:30 p.m.

The rally at the legislature featured guest speakers, many of them youth, speaking about the need for governments to turn their attention to fixing the climate crisis.

"You are making history right now," one speaker told the crowd, which broke into chants of "Hey ho, hey ho, Jason Kenney has got to go."

Organizers with Climate Justice Edmonton estimated approximately 4,000 people were in attendance at the rally.

“When we talk about cutting our emissions in half by 2030, many people in Alberta take that intensely personally,” said Batul Gulamhusein with Climate Justice Edmonton.

“But the oil and gas industry has already left Albertans behind. It has trapped us in a boom and bust cycle that fundamentally disadvantages workers and is only possible because of corporate subsidies from government.

Earlier in the day, hundreds of people holding signs like “Go Fossil Free” and “There is no Planet ‘B’” were crowding Churchill Square while over at MacEwan, hundreds more gathered to march.

With so many students expected to attend the marches, Edmonton Public Schools said it discussed the issue on Sept. 27 and passed a motion saying students may attend with their parents' permission.

An email to CTV News Edmonton said "Edmonton Public Schools does not have a District-wide policy that addresses student attendance at advocacy events."

Edmonton Catholic Schools said it would not stand in the way if any students had permission to attend the event.

"We believe student voice is important," ECS said in a statement. "If a parent approves their child’s absence to attend the Climate Strike, this will be considered an excused absence." 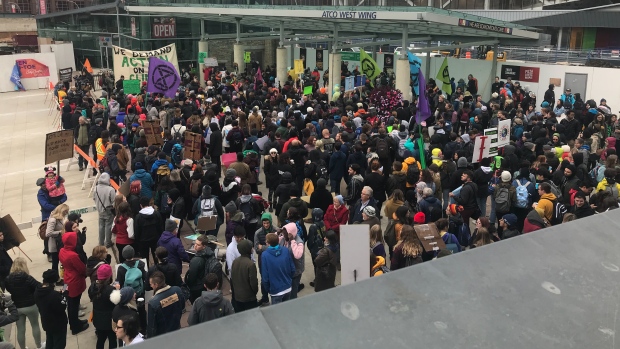 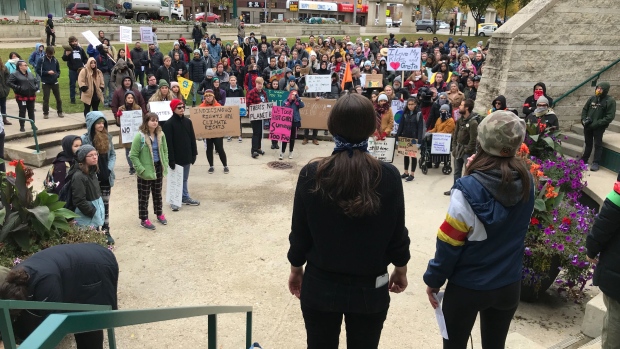