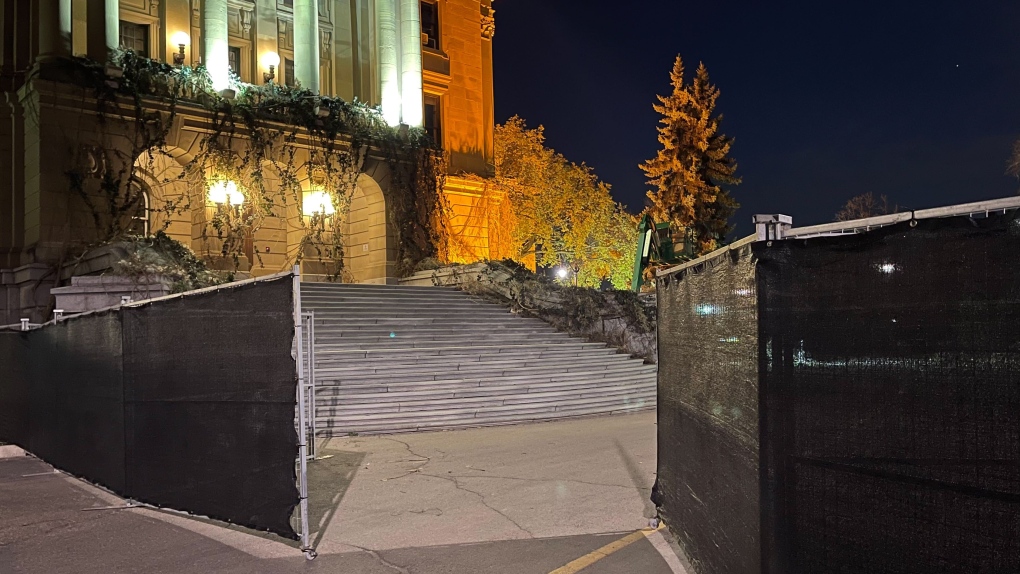 Filming of a television series will impact traffic downtown and near the legislature grounds throughout October.

A project, using the working title The Bear and Pear Productions, will take over several streets from Oct. 2 to 18, impacting pedestrians, vehicle and bicycle traffic.

According to a City of Edmonton traffic disruption notice sent Monday, the following streets will not be available to the public:

The sites will be closed for crews to prepare them for shooting, the actual filming, and returning the areas to normal.

According to the city, on actual filming days sidewalks will also be closed.

“Please use alternate routes during that time,” the city said in a statement. “The City of Edmonton thanks motorists, cyclists and pedestrians for their patience.”

The project is believed to HBO's adaptation of the video game The Last of Us. CTV News reached out to HBO for confirmation.