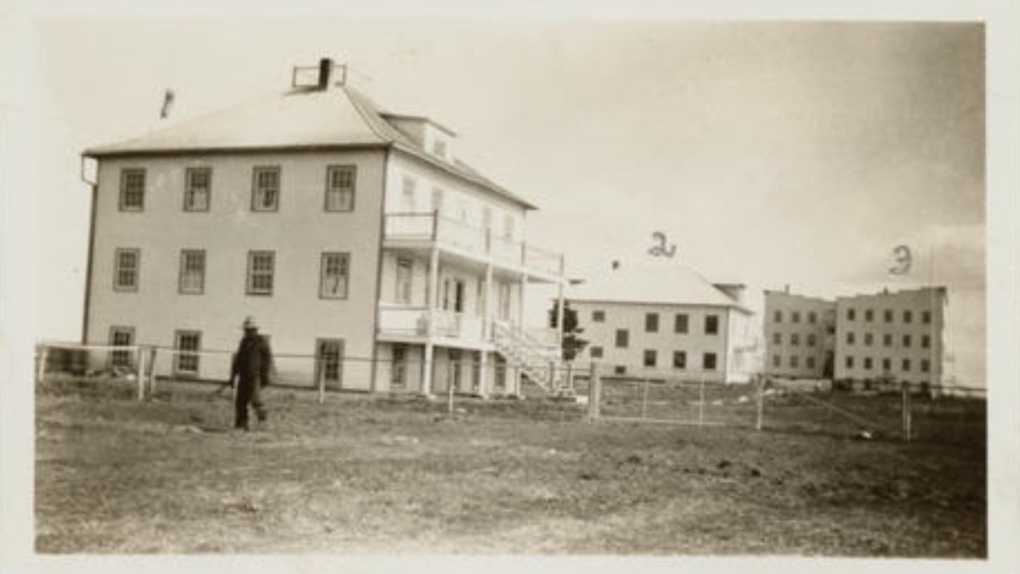 A Treaty 8 First Nation has begun "unearthing the truth" at the site of a former residential school in northern Alberta.

Kapawe'no First Nation welcomed a team from the Institute of Prairie and Indigenous Archaeology at the University of Alberta to assess the site of the Grouard Residential School Aug. 10 to 12.

The assessment will help the team form a plan for ground-penetrating work in the future; no formal remote-sensing data was collected.

"Our team participated in ceremony, community gatherings, and listened as survivors shared their experiences and truths," the U of A department's director, Dr. Kisha Supernant, said in a statement on Friday.

"We performed a community demonstration of the ground-penetrating radar in a location with known graves not associated with the residential school and discussed areas of particular interest to survivors and community members."

Working with the IPIA, Kapawe'no First Nation has begun intial steps for work at the Grouard Residential School and has prepared a statement to share regarding this work: pic.twitter.com/ioVV7GsWgQ

According to the National Centre for Truth and Reconciliation, the residential school in Grouard, Alta., nearly 400 kilometres northwest of Edmonton, operated from 1894 to 1957. By 1949, Métis students accounted for half of the student body in residence.

"This will be an incredibly difficult time for our Nation members, and others who had loved ones attend the Grouard Mission," Chief Sydney Halcrow said in a statement.

"However, we must unearth the truth and bring our people home. It's important we grieve and give proper traditional burials in our way – it is necessary for us to move forward."

The First Nation is working with the Grouard community, other Indigenous leaders at Treaty 8 and the Métis Nation of Alberta, as well as the Grouard Catholic Church and archbishop.

In preparation, the nation has collected survivor testimonies, taken drone footage of the area, and obtained current and historical aerial imagery dating back to 1950.

The nation says it is the first in Treaty 8 territory to do so.