July marks the 90th anniversary of the arrival of the ‘Mad Trapper of Rat River’ to Canada, who's widely known as a mysterious trapper that shot three RCMP officers during the largest manhunt in Canadian history.

With the help of Indigenous guides, the Mad Trapper was eventually found and killed on the Eagle River, Yukon, on Feb. 17, 1932, according to a news release from Myth Merchant Films.

“This was really the first big electronic media story,” Michael Jorgensen, a producer and filmmaker for Myth Merchant Films in Alberta, said.

“This was the first time radio had gone live to broadcast, this hunt that went on for 49 days in the arctic.”

Despite photos being sent out and thousands of tips from the public, the Mad Trapper’s identity has never been established.

“This has been a very enigmatic and Canadian character and I’ve always been very interested in his origin story. That’s the missing piece,” Jorgensen added.

In 2007, Myth Merchant Films secured permission to exhume the body to conduct an examination of the remains and retrieve leftover DNA samples which was documented in the film Hunt for the Mad Trapper. Now, with the help of forensic specialists, experts are attempting to resume the search for his relatives. 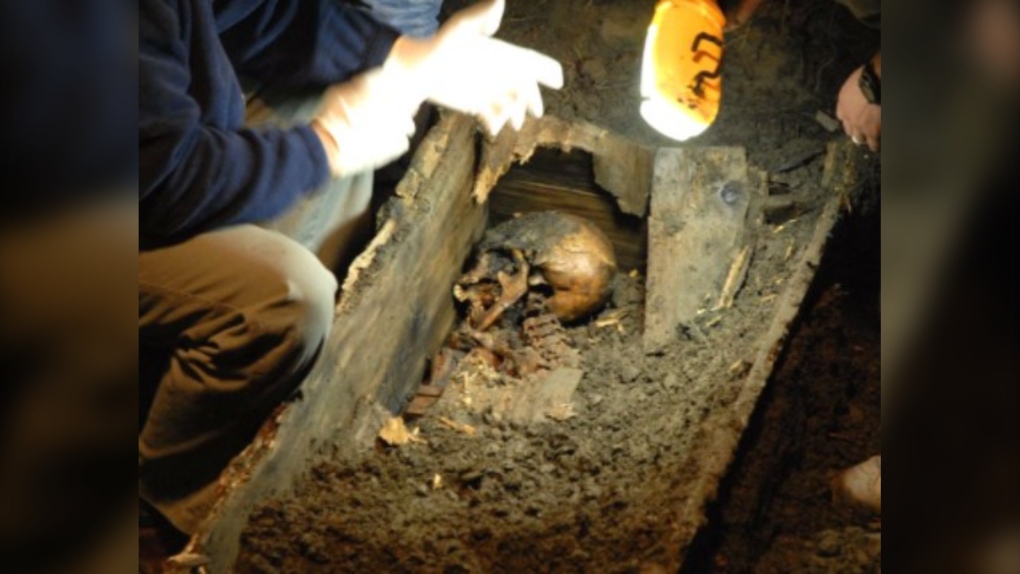 The Mad Trapper of Rat River is exhumed in this recent handout photo. (CP / Matthew Spidell)

“The biggest challenge up front is that here we’re trying to identify someone who is now deceased and it’s been 90 years so the DNA’s not in the greatest shape,” Mittelman explained.

“We’ve built a really good pipeline that can access even the most challenging evidence.”

“We’re one step closer to knowing who he was, why he came here and what his motives were,” Jorgensen added.

'EVERYONE DESERVES A NAME'

So far, Mittelman said they’ve discovered the Mad Trapper has strong familial ties to Sweden and is Swedish-American. The early analysis suggests his lineage hails from the Swedish towns of Hånger, Kävsjö, and Kulltorp, and is potentially linked to the surnames Magnusson and Svensdotter.

To help aid in the investigation, Mittelman is opening it up to the public, asking individuals to submit their DNA to help track down the Mad Trapper’s ancestors.

"If you think this matches your family history and you've participated in a commercial DNA company you can contribute your DNA profile with us,” Mittelman told CTV News.

Mittelman said Othram will use their unique technology to access evidence otherwise inaccessible.

“Everyone deserves a name,” he said.

“It’s never too late to bring people back into the fold and connect them to family members and create a little bit of a closure or close the loop on that investigation.”