African Canadian AHL player on racist on-ice incident: 'There is no room for this in our game' 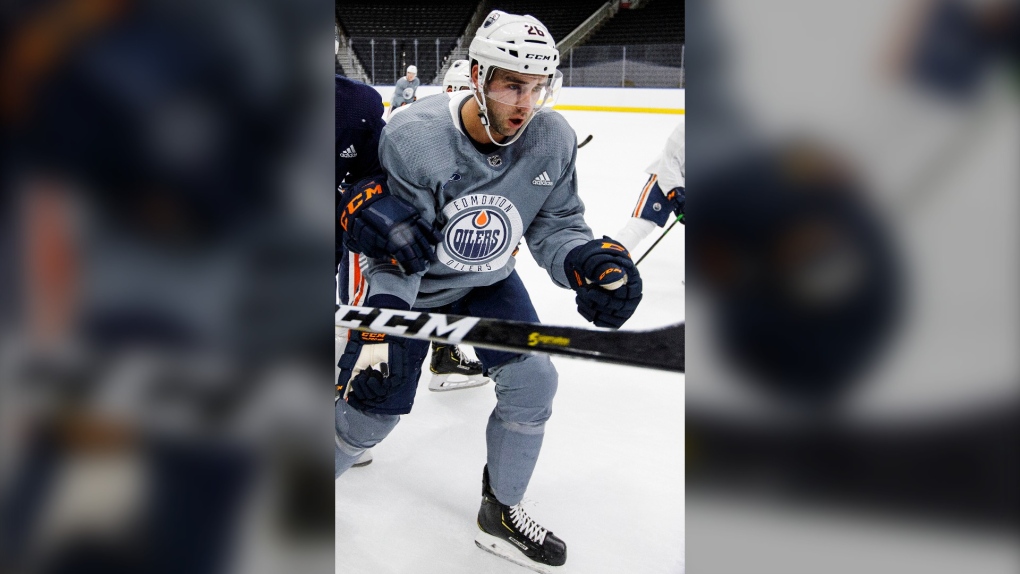 Brandon Manning battles for the puck during training camp in Edmonton on Friday, Sept. 13, 2019. THE CANADIAN PRESS/Jason Franson

EDMONTON -- An American Hockey League forward subjected to a racial slur from a player on the Edmonton Oilers' farm team is speaking out about the ugly incident for the first time.

Ontario Reign forward Boko Imama was battling against the Bakersfield Condors in a Monday night AHL game when Condors defenceman Brandon Manning made comments he later admitted were "stupid and offensive."

In a statement released by the Condors, Manning said he spoke with Imama after the game to apologize.

"He allowed me to apologize and I took full responsibility for what I said. To say I've learned from this situation is an understatement and I promise to be better," said Manning.

The AHL suspended Manning for five games as a result.

Imama, who is Canadian-born but whose parents immigrated from Democratic Republic of Congo, released a statement saying he had "taken some time to reflect" on the incident.

"What happened is unfortunate for everyone. No matter how intense or heated a game gets, there is no room for this in our game and no excuse," he said. "I am very proud to be an African Canadian hockey player and to stand for all other players that are in the same situation as me."

Imama thanked his team, the L.A. Kings, Oilers and Condors for helping him handle the situation.

"Last but not least, I cannot thank my family and friends for their continued love and support."

He said he will not make any further statements on the incident and requested privacy from the media.

Manning is well-known to Oilers fans after breaking Connor McDavid's clavicle in a 2015 game when he played for the Philadelphia Flyers.

The Oilers added Manning to their roster in 2018 in a trade with the Chicago Blackhawks , but placed him on waivers last February and he was sent down to the Condors.

Manning scored one goal in 12 games with the Oilers.