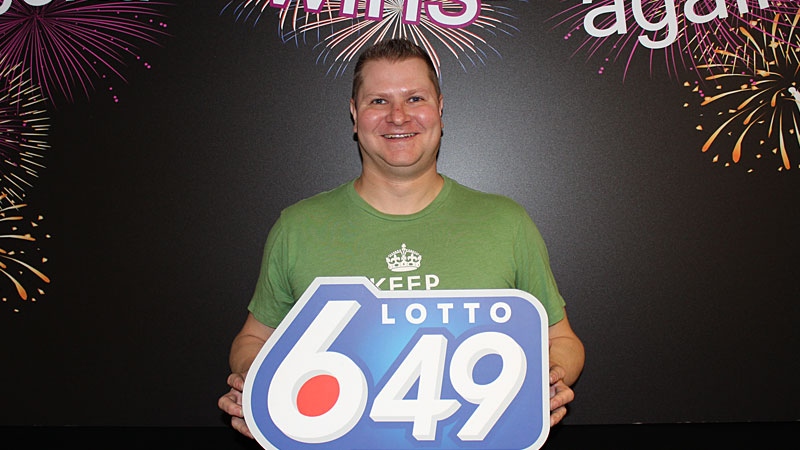 Edmontonian Jamie Whittaker wasn’t expecting to come out of a store during his lunch break $15 million richer, but that's what happened.

Whittaker had stopped to pick up a slurpee on his lunch hour and decided to also check his lottery ticket.

"It's just been absolutely unreal."

He said no one believed him when he called to say he was a new millionaire - including his girlfriend Allena.

"She, everybody, the first 10 people thought I was joking and pulling their legs. It was a lot of fun phone calls to make," Whittaker said.

The first big-ticket item he spent his winnings on was a pair of $168 cowboy boots that he had been saving up for.

Now he's looking forward to travelling. Whittaker and his girlfriend are headed to Las Vegas almost immediately. He's looking into purchasing a home and he's also investing a big chunk of the prize - investing about $13 million already.

He also gave back to his family.

"They've helped me out and supported me along the way so I gave them some money," Whittaker said.

"My nephew Jack he has autism, their funding was just cut so I'm able to set up so Jack can be taken care of and have therapy and we can help him out."

Whittaker bought the winning $4 quick pick ticket at a 7-11 store in Sherwood Park.

His win puts him in the list for Top 10 biggest Lotto 6/49 jackpot prizes in Alberta.

The biggest jackpot in the province was won in 2005 in Camrose, for a prize of $54 million.