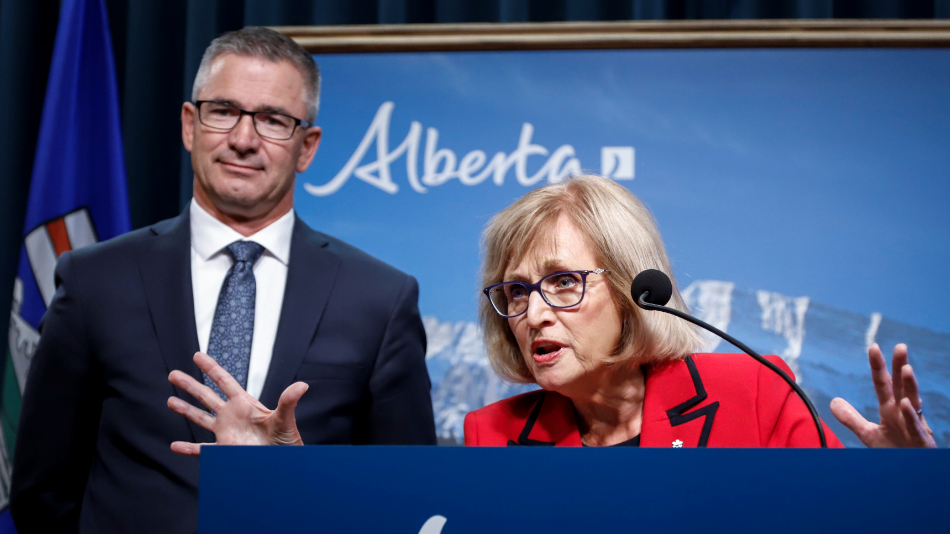 EDMONTON -- Janice MacKinnon, the chair of the Blue Ribbon Panel into Alberta’s Finances, has been appointed by the province as a member of the board of the Governors of the University of Alberta.

The appointment was announced through the government's orders in council published on Wednesday and takes effect on March 7 for a three-year term.

The board does not pay remuneration to its members.

MacKinnon was Saskatchewan's finance minister under Premier Roy Romanow and was most recently working at the University of Saskatchewan's School of Public Health.

She led the six-person panel's investigation into balancing the provincial books last May. The report has served as the basis for numerous government policies outlined in the last two provincial budgets.

She and the subsequent report came into question after documents showed the governing United Conservative Party gave the ostensibly non-partisan panel speaking notes and had a hand in writing a newspaper op-ed piece.

Emails between government staff and MacKinnon came to light in January that showed a back-and-forth on the writing of her May 7, 2019 speech announcing the panel and an editorial published four days later in the Calgary Herald.

MacKinnon declined multiple requests for comment from CTV News regarding the speech and newspaper column.

"Dr. MacKinnon is a widely respected public policy expert, and she is known for her strong sense of accountability to taxpayers and her commitment to public service," reads a government email to CTV News.

"Dr. MacKinnon’s tremendous expertise will be invaluable in helping lead the U of A forward."

“Janice MacKinnon recommended some of the deepest cuts to post-secondary we have ever seen," he wrote to CTV News.

"It’s outrageous that Jason Kenney’s friends are benefitting while hundreds of staff at post-secondary institutions are being laid off.”

Paul Whittaker, the president of the Alberta Forest Products Association, was also announced a member of the board of governors.

The board is responsible for "the conduct, management, and control of the University and all its property, revenue, business, and affairs," according to the University of Alberta's website.

It's also responsible for fixing the various fees charged in connection with courses.