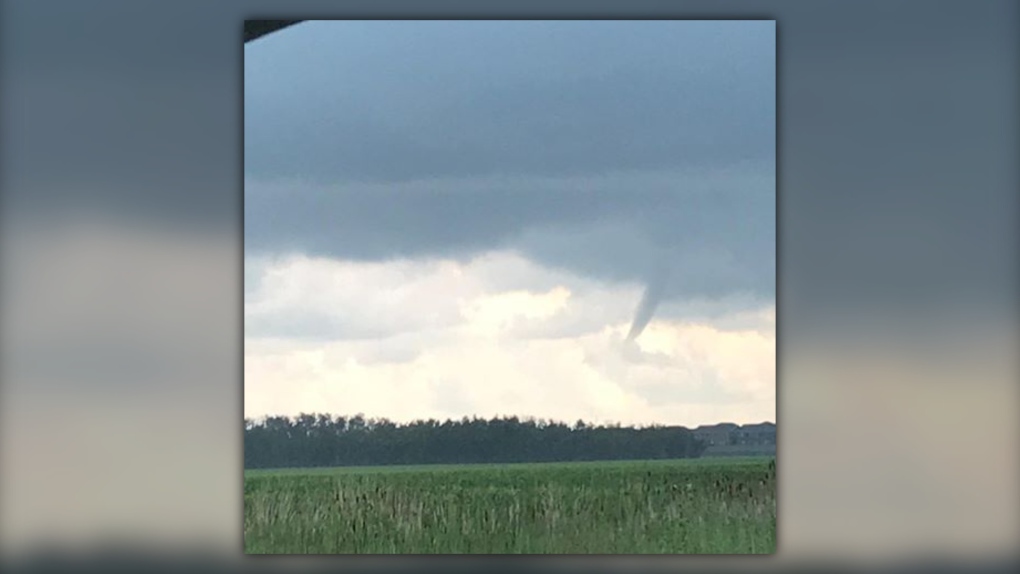 A funnel cloud was spotted southeast of Leduc Sunday afternoon, as Environment Canada warned it was likely cloud rotations would develop under the conditions.

Viewer Cynthia Charbonneau told CTV News Edmonton she took the photos of the funnel cloud from the intersection of Rollyview Road and C. W. Gaetz Road, near Leduc.

Environment Canada issued a weather advisory for the capital region—as well as the Drayton Valley, Camrose, and Tofield areas—just before 4 p.m., warning “conditions will be favourable for the development of funnel clouds today.”

“These types of funnel clouds are generated by weak rotation under rapidly growing clouds or weak thunderstorms. This weak rotation is normally not a danger near the ground. However, there is a chance that this rotation could intensify and become a weak landspout tornado,” the advisory read.