'I wore it with pride': Oilers' Bear wears Cree nameplate in game vs. Flames 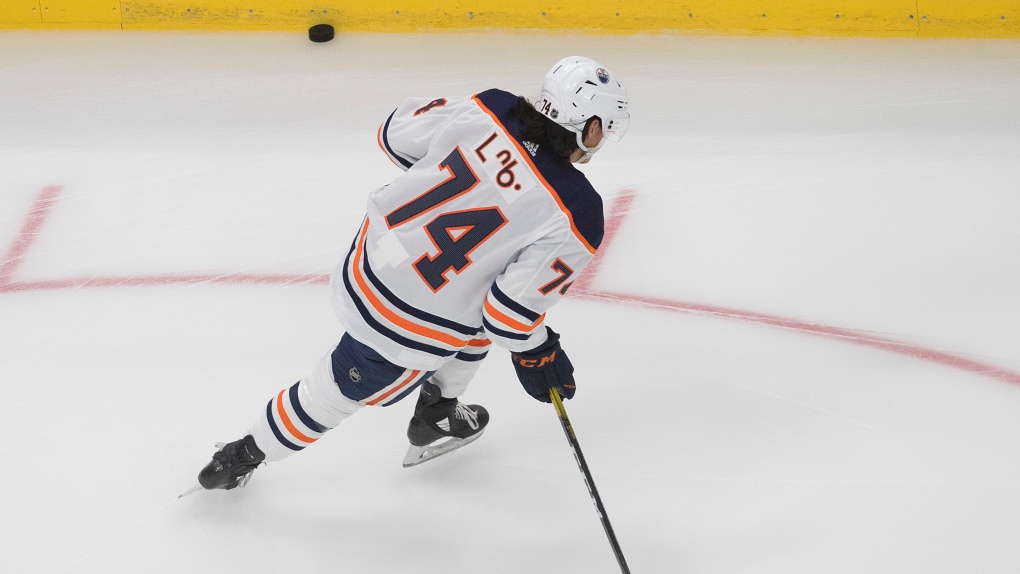 Edmonton Oilers Ethan Bear (74) wears his jersey with his name in Cree during warm up against the Calgary Flames before their NHL exhibition game action in Edmonton, on Tuesday July 28, 2020. THE CANADIAN PRESS/Jason Franson

Bear was raised in the Ochapowace Nation — a Cree First Nation near Whitewood, Sask.

The Oilers defenceman and his family designed the nameplate for Pro Am Sports.

Bear wore the jersey in the Oilers' 4-1 over the Flames at Rogers Place where he played nearly 20 minutes and had two shots on goal.

The Oilers begin their play-in series against the Chicago Blackhawks Saturday at 1 p.m. in Edmonton.