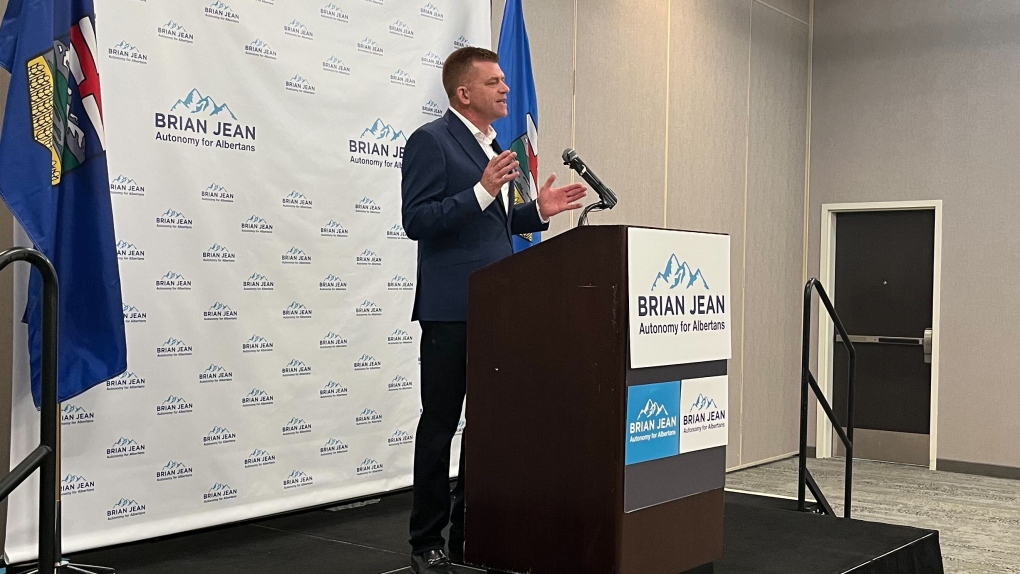 Brian Jean called the current United Conservative Party leader and his inner circle "entitled and arrogant" Wednesday night as he officially started his campaign to take over the party and the premiership.

Jean is one of eight people running in the UCP leadership race, which is expected to be decided on Oct. 6.

"Telling us to do one thing while they acted like the rules did not apply to them. Sitting around being served Jameson’s Whiskey on the Sky Palace balcony," Jean said.

He was referring to a scandal that saw Premier Jason Kenney apologize last June for not following his own COVID-19 rules.

Also photographed at that table was former Finance Minister Travis Toews. He launched his campaign for UCP leader last month.

Jean didn't mention Toews or Kenney by name in his speech to supporters in a west Edmonton hotel.

Instead, he made it clear who he was criticizing by recalling some of the now-outgoing premier's original promises to Albertans, like the "grassroots guarantee."

"The voters rewarded the United Conservatives with a huge mandate. And then, no delivery. The grassroots were not consulted," Jean alleged.

The former Wildrose leader, who lost to Kenney in a still-disputed 2017 race to become the first front person of the UCP, then promised to move forward in "cooperation rather than conflict."

"Needless fights were picked with the everyday Albertans who are central to our rural and small-city communities: our doctors, nurses and teachers," Jean said. 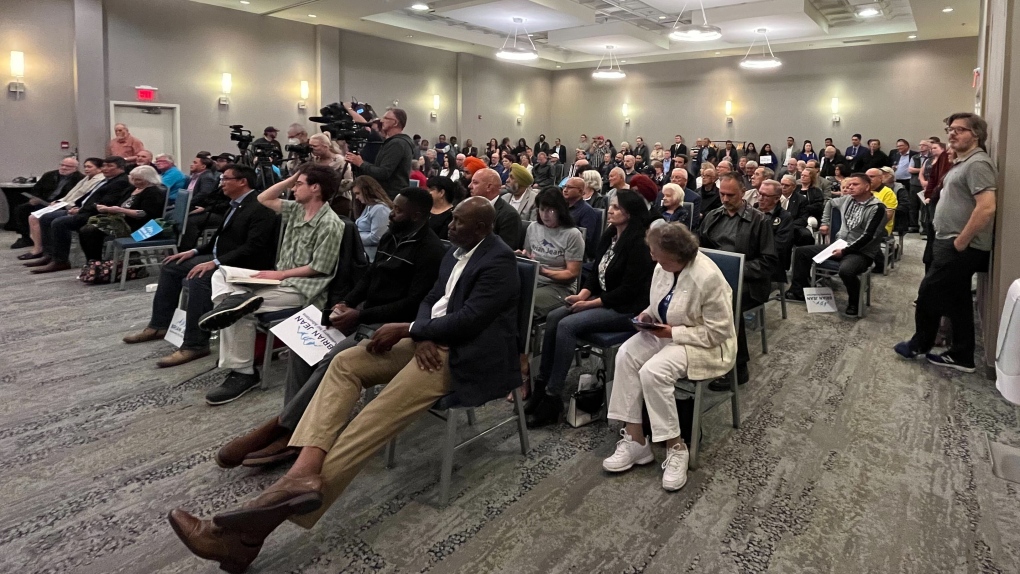 The crowd at Brian Jean's campaign launch for UCP leader in west Edmonton on June 15, 2022 (Chelan Skulski/CTV News Edmonton).
The change that Jean pledged Wednesday was broad strokes only, but the UCP MLA for Fort McMurray-Lac La Biche said more detailed plans will be laid out in the weeks ahead.

Jean has chosen "Autonomy for Albertans" as his slogan, which refers to a popular gripe, mostly in local conservative circles, that the province is not getting a "fair deal" from the federal Liberal government.

Jean said the time to start "constitutional negotiations" with Ottawa is now. He listed his concerns as equalitization, political representation and fair trade. Kenney had similar complaints and launched a Fair Deal Panel to travel the province to survey Albertans.

"We can either help fix Canada, which is great, or Albertans will discover that the rest of this country doesn’t want to recognize our legitimate concerns," he said in his speech.

"And that will lead to more and more Albertans agreeing to using all the tools and powers at our disposal to make sure that we increase and protect Alberta’s autonomy."

Jean told reporters after his speech that he does not support Alberta separation because he "loves Canada" but wants to "fix it."