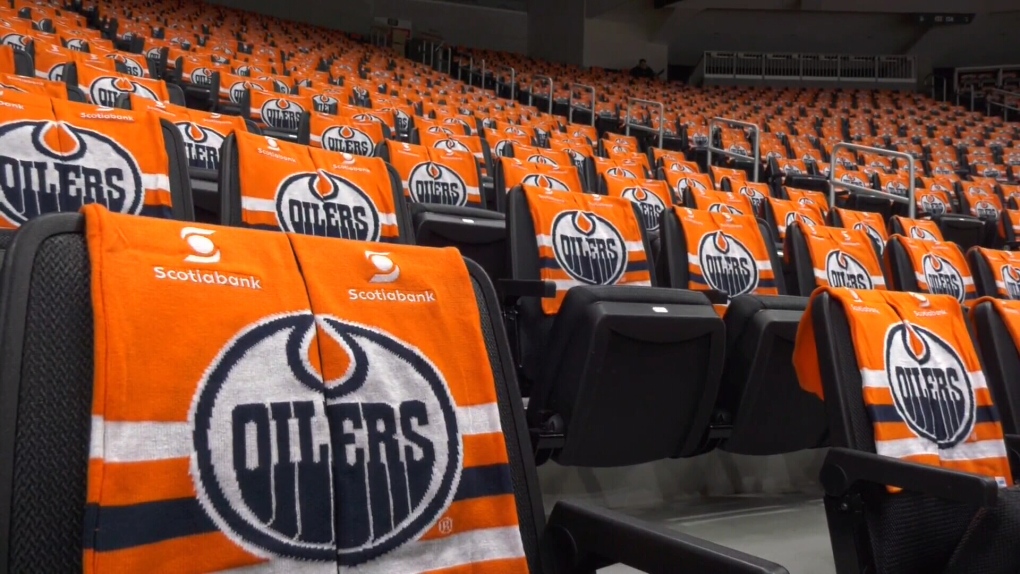 The extra-curricular project has been offered at NAIT for four years and is an exercise for students to align with a team and come up with an idea that fits the assigned topic.

This year, the teams were given nine days to develop and present a pitch related to live sporting events.

A trio of technology and business students won over a panel of judges with their idea how sports fans should share split season tickets.

“When the topic was first released we got brainstorming right away,” Katherine McDougall, a tech undergrad, explained. “We started thinking, what’s the biggest problem here with live sports?”

“After settling on an idea we switched topics six days in, with only three days left.”

They called the concept “Ticket Split.” It would allow multiple people to be able to share one set of season tickets, or purchase fractional season tickets, said business undergrad Real LaFrance.

“You would be able to control your cost and your time commitments and therefore allow more people to become season ticket holders and be committed to the teams they love,” he said.

The team told CTV News Edmonton some of the benefits of this idea would be cost control and time commitment. LaFrance said ticket holders would not have to actually split up their own season tickets.

“What we’re proposing is that it would be controlled by the company,” he said.

“They would choose from either A, B, C or D of the quarterly share and they would select which one they wanted or multiples.”

The NAIT students believe their concept would build up commitment from all parties involved and reduce need to sell unused tickets to scalpers, according to LaFrance.

They also see benefits for the food and beverage industry.

“Talking specifically about the Edmonton Oilers, it’s difficult for some people to spend three days a week going to a hockey game. If they are doing it once a week as opposed to three times, they’re more likely to spend money going out for dinners instead of just going to the event,” LaFrance said.

‘HEARING THAT WE WON WAS INCREDIBLE’

Once the team hit the ground running with this challenge they told CTV News they realized their pitch had promise.

“We were really honoured,” Niki Kearl, the third partner and tech student, exclaimed. “We’re just elated to be recognized with having a good idea.”

“That kind of excitement I feel like we haven’t felt in a year,” McDougall added. “It was really fun to have the three of us connected outside of the call and celebrate together.”

“We were getting more and more excited as the fourth, third, and second place winners were announced that we had a chance,” LaFrance said. “Hearing that we won was incredible.”

Even though the team won the challenge, Kearl explained it’s now up to them to pursue the idea with different corporations.

“It’s up to us to be entrepreneurs. If this is something that we’re committed to and really believe in, it’s up to us to take that next step,” she said.

“What we’re hoping is to generate enough interest and take it to the Oilers and the Edmonton football team and other major sports here in Edmonton and be able to show them what we would be able to do for them by partnering up,” LaFrance said.

The site should be live within the next 24 hours at seasonticket.ca.