New LRT train tagged with graffiti on route to Edmonton 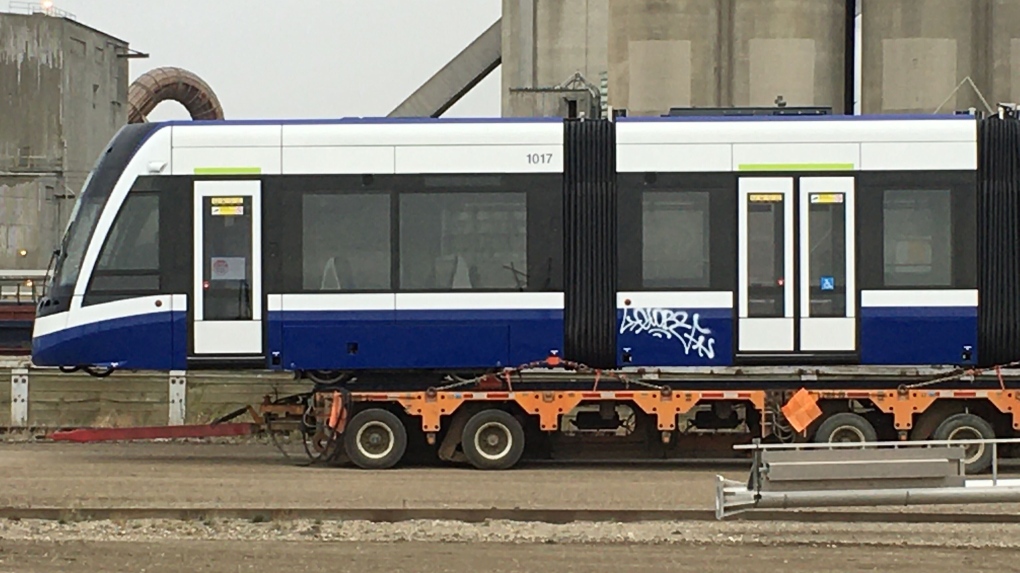 The ETS LRT train, which will service the new Valley Line in southeast Edmonton, was parked in a CP Rail yard in north Edmonton when the graffiti was spotted.

EDMONTON -- One of Edmonton’s new LRT trains has been vandalized with spray paint.

According to TransEd, the vandalism happened while the train was being transported from Kingston to Edmonton. The company that manufactured the train believes it happened in eastern Canada, but they can't confirm that for certain.

The train is now parked on a trailer in the CN Rail yard north of Yellowhead Trail, just west of 156 Street. 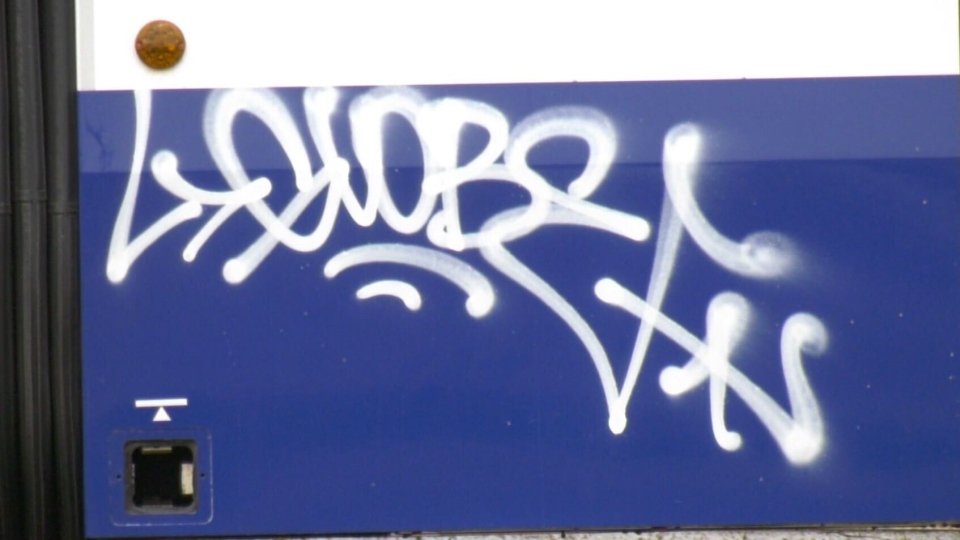 The train will be part of the new Valley Line in southwest Edmonton, expected to be complete in 2021.

Construction on the 13-kilometre long southeast Valley Line started in 2016.

CTV News Edmonton has reached out to the Edmonton Transit Service for comment on the graffiti.