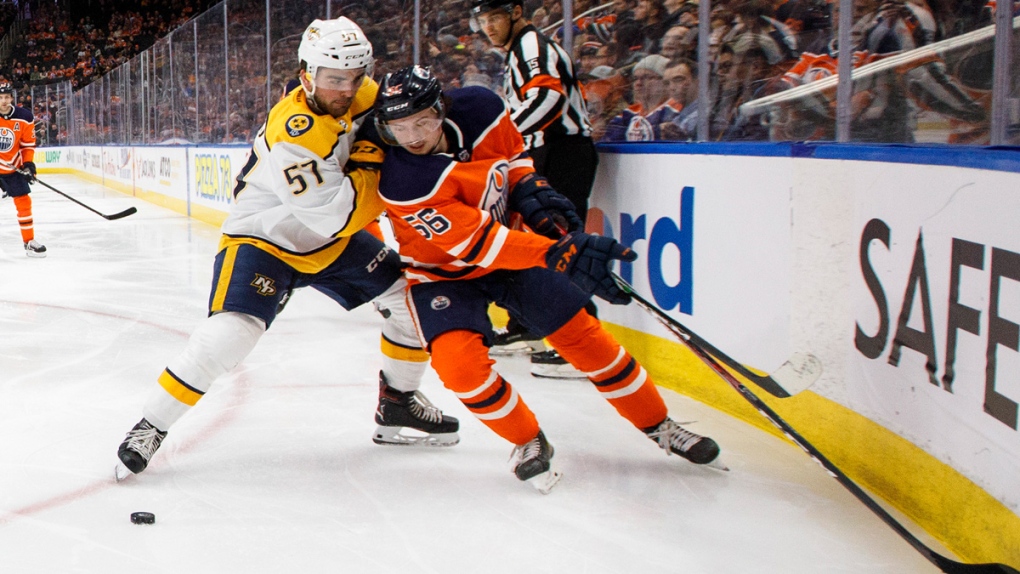 EDMONTON -- Edmonton Oilers winger Kailer Yamamoto has been sidelined with an ankle injury.

The team says Yamamoto is week to week.

Yamamoto was hurt Sunday night in a win over the Los Angeles Kings.

A first-round pick (22nd overall) by the Oilers in 2017, Yamamoto has 21 points (nine goals, 12 assists) in 21 games with Edmonton this season. He also has 16 points (eight goals, eight assists) in 23 games with Bakersfield of the American Hockey League.

The Oilers have recalled forward Markus Granlund from Bakersfield. Granlund has four points (three goals, one assist) in 32 games with Edmonton this season and 15 points (six goals, nine assists) in 17 games with Bakersfield.

This report by The Canadian Press was first published Feb. 25, 2020