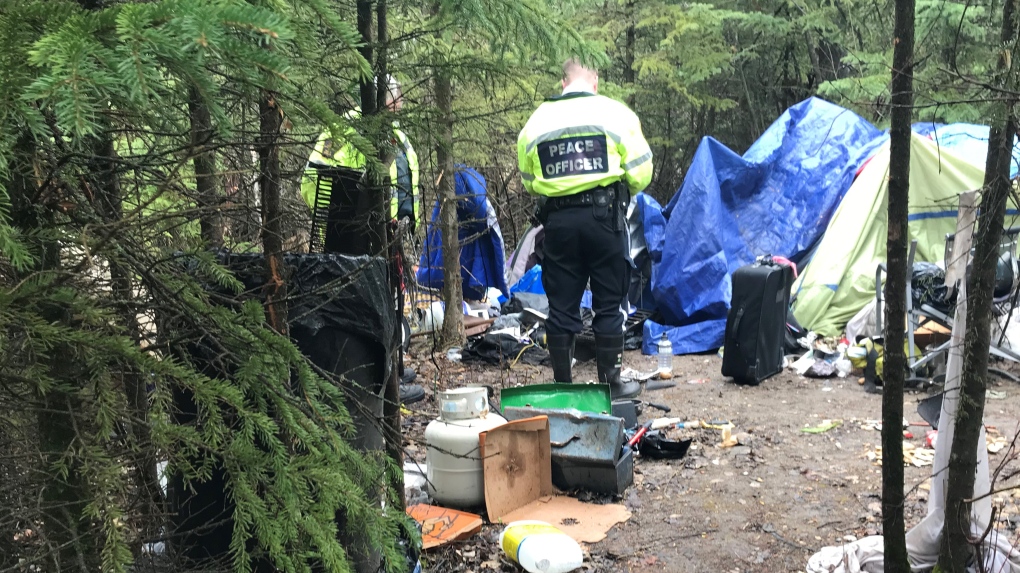 Red Deer parks workers have been busier this year cleaning up homeless camps.

“We feel that maybe last year, there were more camps being vacated and just being left out there and not being reported and so we’d much rather see higher numbers of clean ups done because then we know that our parks are cleaner, safer and more inviting for the public to come to,” said City of Red Deer Parks Superintendent Trevor Poth.

“Every two years we do a Point in Time Homeless Count as a city, and those homeless count numbers actually look like the number of people in the parks are going down,” he added.

Poth said they have found there are three main reasons why people are staying in the parks.

“There are certainly drugs and alcohol addiction, some mental health disorders and then when we look at the economy and problems at home for spouses especially, they seem to be the three primary impacts of why people are being displaced out into the parks,” he said.

Once a camp is reported it can take up to two weeks for the site to be cleaned up completely, but on average it takes a couple days. Poth said sometimes the sites have needles and sharps that need to be taken care of on top of the shelters and garbage left behind.

“We encourage the public to stay away from these sites when they see them, report them and let us come in with our parks professionals to actually clean it up safely and effectively.”

To report a camp, people are asked to call the non-emergency police line.