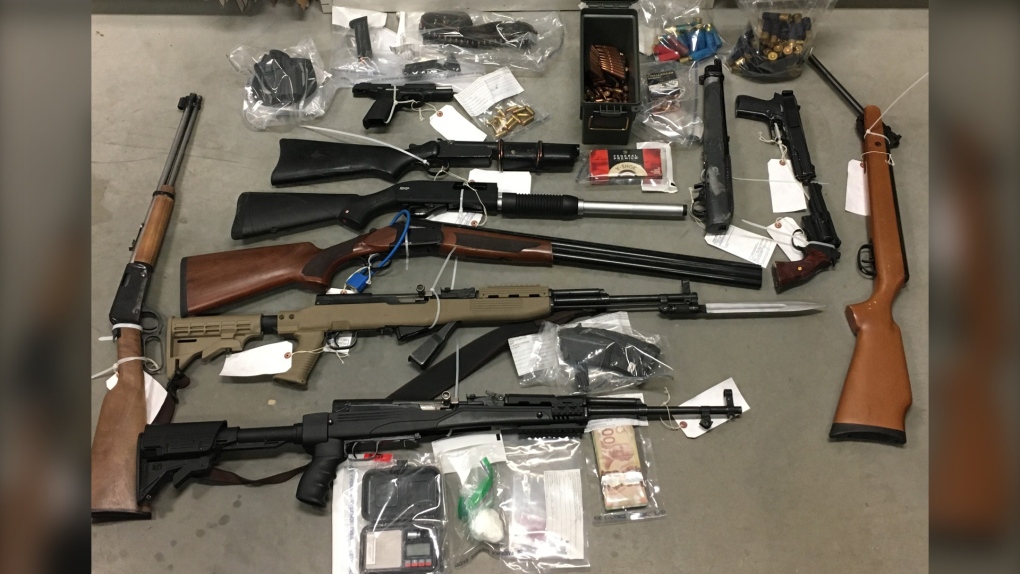 Two people are facing more than 100 charges after police found firearms and drugs in a Red Deer home in November. Jan. 29, 2020. (RCMP)

EDMONTON -- A man and woman are facing a staggering number of drug and firearm charges after police executed a search warrant in Red Deer.

Red Deer RCMP and the Edmonton Police Service began to search for a woman after a wallet theft in Red Deer and the fraudulent purchase of a vehicle in Edmonton.

Police found out the woman was living in the Red Deer neighbourhood of Inglewood and conducted a search warrant on Nov. 13.

During the search warrant, police found a man hiding in the home and arrested him, RCMP said. Officers also seized 11 firearms, ammunition, drugs, a stolen laptop, stolen identification and a vehicle that was purchased fraudulently.

While police were in her home, the woman was involved in a crash with a stolen vehicle. Officers seized two rifles, stolen police equipment and stolen Alberta licence plates in the vehicle.

The two are scheduled to appear in court Feb. 6.