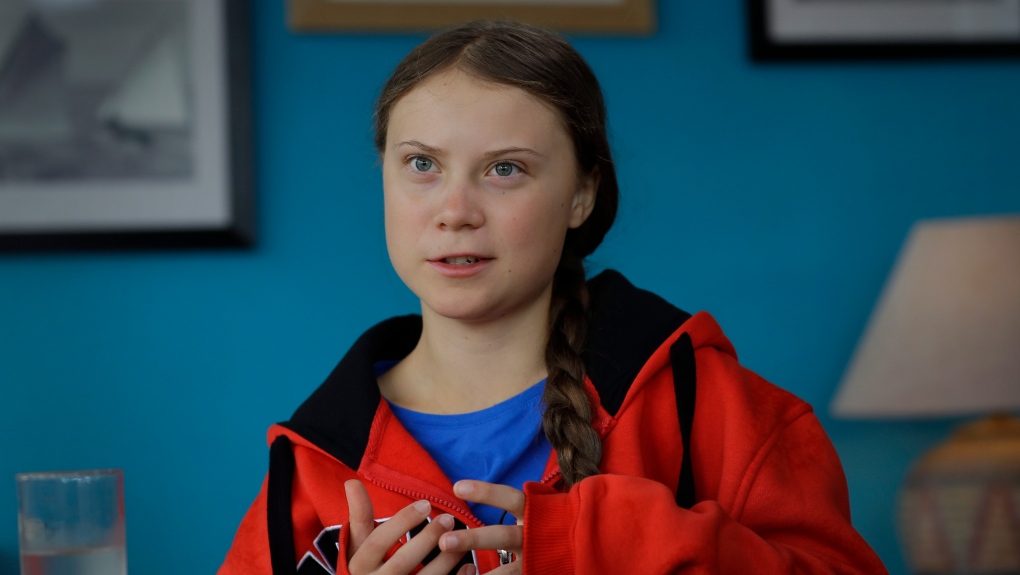 EDMONTON -- A person connected to the Alberta oilfield company whose logo appeared on a heavily criticized 'Greta' decal volunteered with the RCMP detachment that investigated and found the sticker did not meet the threshold for child pornography, Alberta RCMP have confirmed.

RCMP Alberta addressed the situation on social media after being directly asked about the connection.

We can confirm this individual is a volunteer with the Auxiliary program. You can find more information about the program, here: https://t.co/a2XgBHxFPf

RCMP said the person has a "business relationship" with Red Deer-based X-Site Energy Services but did not specificy his role. The company's logo featured on the sticker, which was reportedly distributed at X-Site Energy worksites.

RCMP did not make it clear whether the person continues to volunteer as an auxiliary, but didn't say he wouldn't be allowed to in the future pending a review of the auxiliary program in Red Deer. The program, mentioned on Twitter, was suspended in the Alberta city in 2015 following the death of Const. David Wynn.

"Red Deer RCMP would not have pursued any further line of investigation past that determination, as the complaint made was only about the depiction on the decal."

He added auxiliaries are never involved in investigations, whether criminal or not.

"There was nothing ever to suggest, leading into this investigation, that an Auxiliary with the Detachment had this business relationship."

He also said there was "absolutely nothing to suggest he was involved" in the distribution of the 'Greta' sticker.

At other locations across Canada, the two-year-old auxiliary program helps with community policing and crime prevention. It has three tiers where members have varying levels of responsibility, supervision, and duties, ranging from public education to participation in patrol calls and check stops. There are national training standards for each tier. Auxiliary members are not paid.

DECAL 'DISRESPECTFUL' BUT NOT CRIMINAL: RCMP

ALERT confirmed a member reviewed the report from the Red Deer RCMP, but said it was not involved in the investigation.

Red Deer RCMP also consulted with members from the Internet Child Exploitation Unit (ICE), concluding no charges would be pursued related to what they called the "distasteful decal."

They said the image did not meet the criteria in the Criminal Code to be classified as child pornography.

"The Alberta RCMP take the exploitation of children very seriously, and we believe the image in circulation is extremely disrespectful.

"However, in this case and at this time there are insufficient grounds with which to pursue charges."

The decal allegedly depicts a sex act with a female figure who appears to be 17-year-old Swede Greta Thunberg. The image shows a pair of hands holding the braids of a female figure from behind. "Greta" is scrawled across her back. Directly below sits the logo of X-Site Energy Services.

The company issued an apology on its website on March 2 and committed to recovering and destroying the stickers.

ALERT was created in 2006 to combat organized crime. The system sees municipal and RCMP officers across the province work together on cases like drug trafficking, child exploitation and gang violence.

A previous version of this story said the Alberta RCMP volunteer handed out the decal. It is unknown exactly how the materials were distributed. We regret the error.