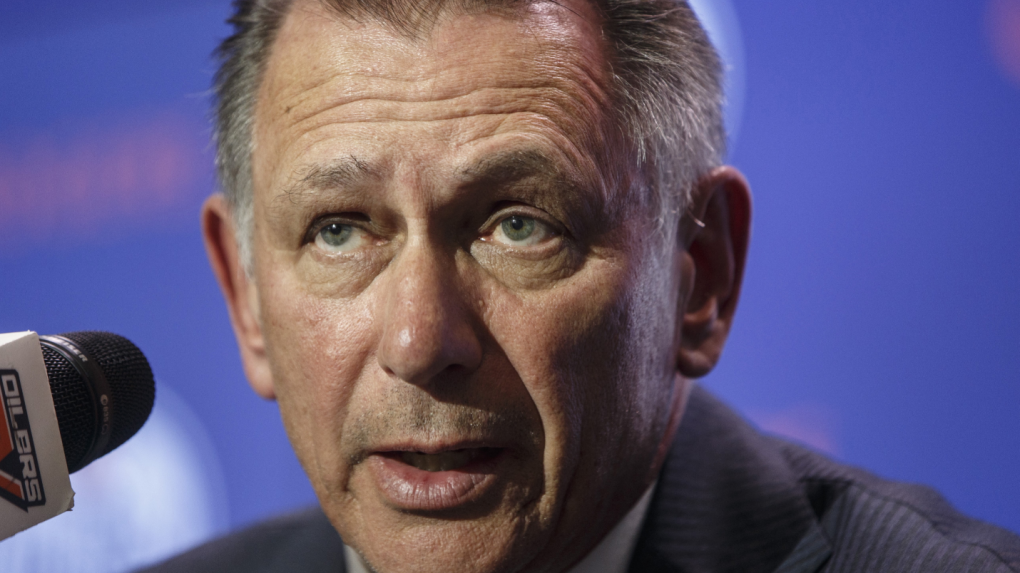 Edmonton Oilers general manager Ken Holland speaks at a press conference in Edmonton on Tuesday May 7, 2019. THE CANADIAN PRESS/Jason Franson

"It’s still a long ways away, a lot has to happen between now and then, but it has the makings of a tremendous series," Holland said of the planned best-of-five series.

"They’ve got a really good team. Some great players, players who have won the Stanley Cup before."

The Blackhawks were seventh in the central division, with 72 points compared to Edmonton's 83, when the NHL regular season was stopped on March 12.

"It should be a great series."

The NHL unveiled its return-to-play plan Tuesday that would feature 24 teams competing in a modified Stanley Cup playoffs hosted by two hub cities if the league is able to resume.

Holland isn't directly involved in Edmonton's efforts to become one of two NHL hub cities, but says he supports the effort.

"I know that Edmonton checks off, in my opinion, all the boxes," he said. "Certainly it would be incredible for our franchise, for our province, for our city to be the host of a hub."

Holland said the team is awaiting further details from the league and players union before any roster decisions are made.

The league announced teams could carry an expanded roster of 28 skaters as well as an unlimited number of goaltenders.

"We’ll have a few decisions to make for the last couple of spots."

Holland said he expects injured forward Joakim Nygård and defenceman Mike Green to be back healthy should play resume.

He added the team was considering inviting top prospect Philip Broberg to join the team.

"He’s a signed player so he’s the player we are available and eligible to invite," he said.  "Not sure if we’re going to do it or not."