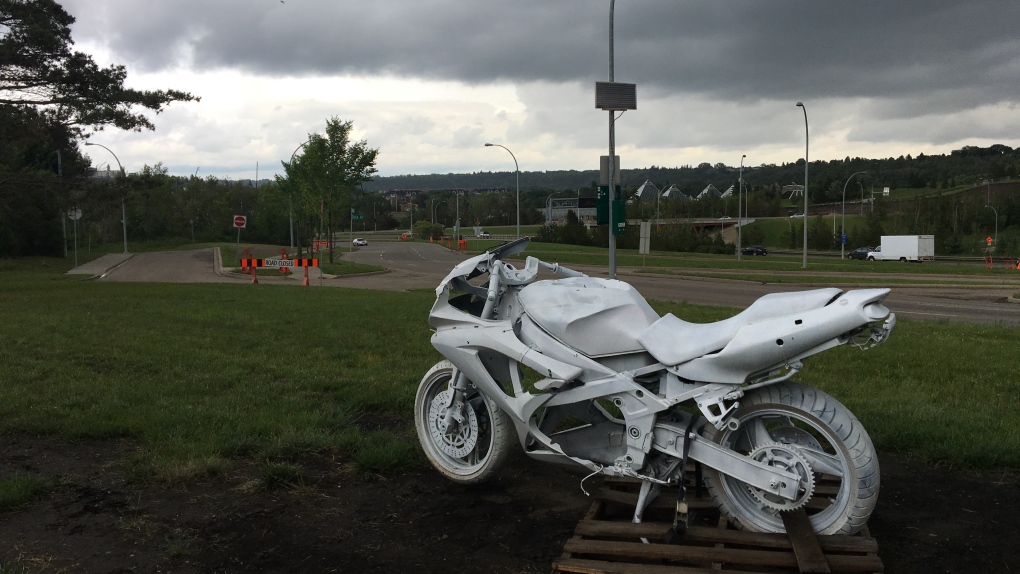 A “ghost” motorcycle has been set up near Scona Road, where a man was killed in a motorcycle crash on Saturday.

Speed was a factor in a motorcycle crash that killed a 33-year-old man on Saturday, investigators have found.

The man was found seriously injured on the side of the southbound lanes of Scona Road near the Old Timer’s Cabin. He later died in hospital.

“Major Collision investigators have since concluded that speed was indeed a factor in this collision,” a statement from Scott Pattison, Edmonton Police Service communications advisor, reads.

The man’s identity has not been made public.

A “ghost” motorcycle has been set up near the scene.