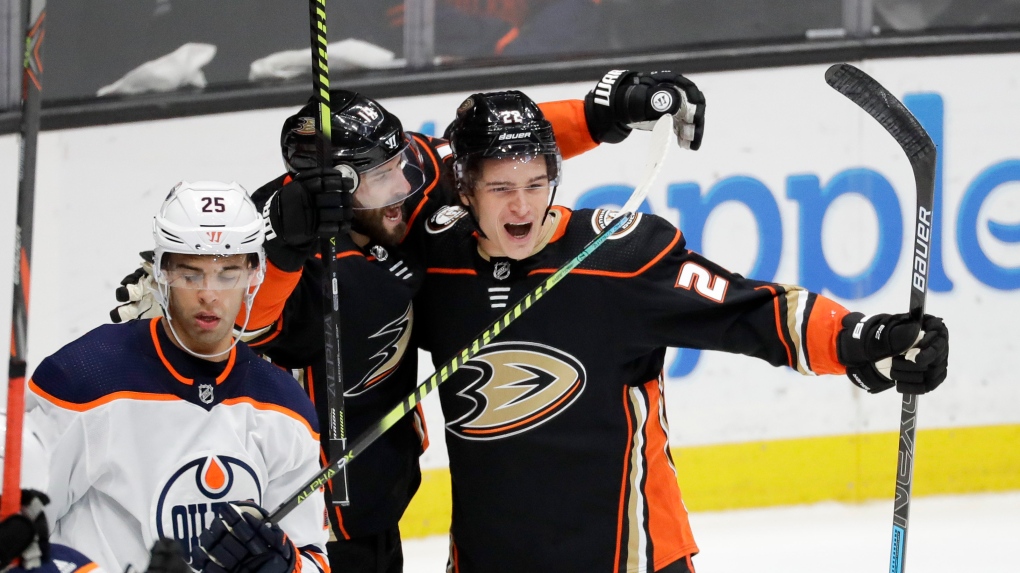 EDMONTON -- There were plenty of new faces on both teams looking to have an impact, and a few did as the game's three stars were made up of players who played for a different team less than 48 hours ago.

Despite the Oilers new top-line wingers combining for four points on the night, it was the game’s third star, Sonny Milano, who had the biggest impact for the Anaheim Ducks in their 4-3 overtime win.

Things weren’t clicking in the early going; in fact, it was Anaheim’s new guy taking advantage of Edmonton’s lackadaisical start.

Milano, acquired from Columbus at the deadline, singlehandedly got his team on the board first. Whether it was a lack of chemistry, miscommunication, or simply a lapse, Milano stripped an unsuspecting Riley Sheahan in the defensive zone and everyone, including new Oilers defenceman Mike Green, simply watched as Milano cut to the centre of the slot – untouched – and poked the puck past Mike Smith for his first as a Duck.

Later in the first, the Oilers gave up the slot once again, this time to Nicolas Deslauriers who one-timed a pass from Jacob Larsson in the corner to double Anaheim’s lead.

The Oilers struggled to build any momentum in the opening frame aside from a Draisaitl shot that was deflected just over the crossbar, allowing the Ducks to take a 2-0 lead into intermission.

But the new lines started to gel midway through the second. The new top line of Connor McDavid, Tyler Ennis and Andreas Athanasiou showed a glimpse of its capabilities, as a tic-tac-toe play was finished by Ennis who redirected Athanasiou’s pass over the shoulder of John Gibbons to tie the game at one.

There was nothing new about the Oilers’ game-tying goal. On the powerplay, a seemingly broken play was revived when Ryan Nugent-Hopkins set up Leon Draisaitl for a one time from his familiar spot near the left face off dot for 13th powerplay goal of the season and 99th point on the year.

After Adam Henrique put the Ducks up 3-2 with yet another goal scored from the wide open slot, Ennis and Athanasiou hooked up for a second time to tie things up. The speed of Edmonton native, was on display as Ennis broke in to the zone, getting an angle on his defender and getting a shot on net, with the puck loose under Gibson, Athanasiou easily put home for his first as an Oiler sending the game to overtime.

But a questionable call against the league’s top player allowed Milano to steal the show. With McDavid in the box for tripping, Milano finished what he started, scoring the winning goal on the overtime powerplay, ending Edmonton’s three game win streak on the road.

The Oilers are now tied for second, two points behind the Pacific Division-leading Golden Knights, who they play Wednesday in Vegas.