Occupy Edmonton protestors not giving up 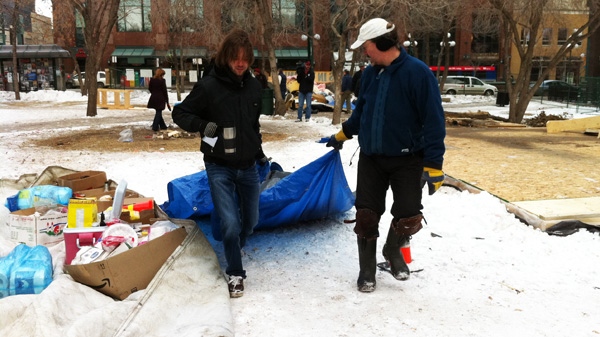 Despite being evicted from a downtown park, Occupy Edmonton protestors said they still have plenty of ideas to get their voices heard.

Mohammad said they had about 40 more action ideas to keep the movement alive.

"Even if it does break apart I still think we did good things for this city," he added.

On Saturday afternoon some of the activists met outside the park to consider their next move.

They had originally planned to clean up the site but the company that owns the park, Melcor, has fenced it off and added security guards.

"This movement is greater than just Edmonton alone," he explained.

"It's a global movement and we have to realize that."

Protestors have also been discussing setting up a new camp.

The group plans to march to the University of Alberta on Sunday where they expect to hold a general assembly to decide on their next move.